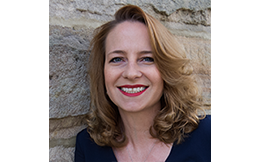 Danika Porter joined Mumbrella in the role of Head of Marketing in January 2016, covering the portfolio of Mumbrella’s websites, newsletters and events across Australia and Asia. Previous to this, Danika was the Head of Marketing at Beyond Television. Based in Sydney this role focused on the international distribution division across global offices, as well as the corporate entity. With a career starting in television with WagTV in London – a highly regarded production company – Danika returned to Australia to join Macquarie Southern Cross Media as Account Manager where she was ranked #1 statewide. Danika brings a wealth of international experience to her roles in Australia, having worked abroad in America, Canada and England. Danika achieved a 1st class BA Hons Degree in Broadcasting and New Media at Ravensbourne, London. In her free time Danika is an accomplished travel journalist, with feature stories running regularly in Get Lost travel magazine, as well being published in Escape, Vacations & Travel, Get Up & Go and inflight magazines.

Danika will be hosting a Roundtable at this year’s SCREEN FOREVER Conference.

Winning industry awards is a great thing for morale and reputation, but the entry process can be seen as tedious, time intensive and annoying. It shouldn’t be. There is no magical formula for a winning entry, but there are easy guidelines to follow to ensure award entries have the best opportunity.

At this roundtable Mumbrella’s Head of Marketing, Danika Porter, will outline five crucial steps to ensure you create killer entries. She’ll outline the most important elements of entries, how to structure your time appropriately, what judges generally want to see when they are looking at award entries and what not to do. Danika plays a crucial role in marketing Mumbrella’s awards series, is a juror for the Production Company of the Year categories at the Mumbrella Awards, and has entered numerous awards successfully herself.