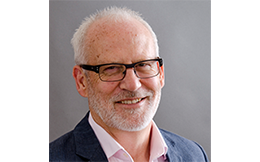 Dave has produced feature films and television programmes that have sold in more than eighty countries worldwide. He has also co-produced major television drama series and feature films with partners based in Canada, Britain, Australia, Germany and Sweden.

He has been the CEO of the New Zealand Film Commission since 2014 and leaves at the end of this year.

Dave was SPADA Industry Champion in 2005 and is also an Officer of the New Zealand Order of Merit (ONZM) in recognition of his services to the film and television industries.

Dave will be hosting a Roundtable at this year’s SCREEN FOREVER Conference.