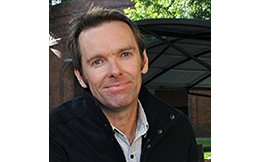 Since its inception in 2009, Playmaker has established a track record of delivering high quality, ratings-winning primetime series in Australia.

Playmaker’s credits include The Wrong Girl for Network Ten, the TV Week Logie Award winning House Husbands and Love Child for the Nine Network, the AACTA and AWGIE winning political thriller The Code and Hiding for the ABC, the Emmy nominated SLiDE for Foxtel, and the telemovies Wicked Love and Blood Brothers.

2017 has been a busy year for Playmaker. Along with filming returning series of The Wrong Girl and Love Child, it produced the iconic story of Australia’s original rock group in Friday On My Mind for the ABC, as well as Chosen, a Mandarin language action thriller for Chinese streaming platform iQIYI.

In December 2014, Playmaker was awarded the Media Super Production Business of the Year at the Screen Producers Australia Awards. David Maher and David Taylor now work with Sony to develop and produce content for both the local and international markets.

David will be co-hosting a Roundtable with David Taylor at this year’s SCREEN FOREVER Conference.