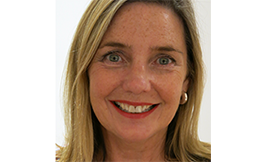 Debbie is Head of Entertainment at ABC, a role that draws on her depth of knowledge and experience in the Australian Media industry.

Debbie has over twenty years experience developing and producing high quality programs for the commercial networks, Foxtel, the ABC, and SBS in Australia. Her expertise in factual and entertainment television has seen her in leading roles on highly regarded series, including Look Me In The Eye, for SBS, The Great Australian Spelling Bee for Network Ten, Coast Australia, for the History Channel on Foxtel and BBC -2. Prior to that Debbie was Executive Producer on the documentary series Taking on the Chocolate Frog, which was a finalist in the 2014 AACTA awards for best Documentary Television program and also a finalist in the 2014 SPAA (Screen Producers of Australia) awards for best Documentary series.

Previously she was most notably Executive Producer of Development at Zapruder’s Other Films, during which time she executive produced and directed The Gruen Sweat, which won the Rose D’or 2013 for Best Entertainment Program and series 4 of The Gruen Transfer, which won the 2012 AACTA Award for Best Light Entertainment Program. She also conceptualised, executive produced and directed Country Town Rescue, a six part OB documentary series for ABC TV.

What Debbie is looking for in Pitches:

ABC Entertainment produces a rich slate of programs including Panel Shows, Entertainment, Factual Entertainment, and Comedy all designed to engage and entertain a broad audience. Someone pitching a show to me has to have more than just an initial idea – it can’t just be the headline. From the Pitch I need to get clear sense of what the show would be if I was sitting at home in my lounge room watching it. Give me a well thought out outline of what an episode would look like stylistically and what the content would be. Paint a picture for me.”