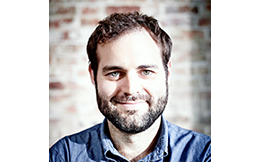 Based in Vancouver, Canada, Galen is an independent producer and partner in Curiosity Pictures. Curiosity is an independent production company with extensive work in the digital sphere, whose most recent feature film “No Men Beyond This Point” premiered at the Rotterdam International Film Festival in 2015 and screened at TIFF later that year. It was also successfully distributed by Samuel Goldwyn Films. Some of Galen’s other credits include “Girl in the Photographs” (TIFF ‘15, Sitges ‘15) and the award-winning “Camera Shy” (VIFF ‘12, Leo Award for Best Feature Film). Galen has also worked as a line producer and production manager on a variety of American studio films and Canadian productions. Most recently “Everything, Everything” for MGM and the children’s series “Reboot: The Guardian Code” for Rainmaker Entertainment and Corus Entertainment.