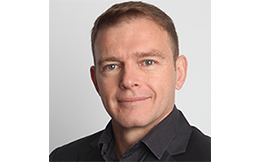 Hugh Baldwin is Director of Television and Multiplatform Content for Nickelodeon Australia and New Zealand.

In this  role Hugh is responsible for driving content strategy across all platforms, linear and non-linear. This includes the management and planning of content, programming acquisitions, local production and development, and media planning for on-air and  digital.

Hugh also currently sits on the advisory board of Screen Tasmania and in the 2000’s he was on the advisory committee for the Australian Council’s Story of the Future project. Through his research and academic studies, his area of expertise is kids and interactive media use.

In the early 2000’s, Hugh worked with the Seven Network on their enhanced digital channel coverage of the Athens Olympics, the 2005 Australian Tennis Open and the 2003 Rugby World Cup.

Hugh is a graduate of the National Institute of Dramatic Art (NIDA). Outside of work, Hugh and his wife are the owners of a Sydney music school, Circle Music.