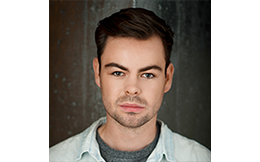 Jameson Parker currently serves as the Director of Development for the Vancouver-based Brightlight Pictures (COLOSSAL, 50/50, THE COMPANY YOU KEEP). He most recently produced the feature film SUMMER OF ’84 directed by the acclaimed trio RKSS, as their directorial follow up to their indie hit TURBO KID. His feature film PRODIGALS is slated for a 2018 release and he also served as an Executive Producer on the animated series WHITE NINJA starring Paul Scheer. Jameson is currently packaging Evan Rachel Wood’s directorial debut REMEMBER WHEN with Brightlight President Shawn Williamson.