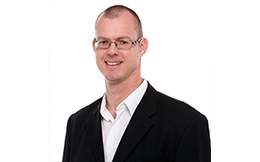 As Vice President, Acquisitions for Universal Pictures Australia, Jason Behan is responsible for acquiring content across all genres for distribution across a broad range of platforms.  Whilst looking to continue Universal’s long running success in bringing the best of Australian television to the home entertainment market, Jason is also looking for opportunities with Australian films for theatrical distribution and factual entertainment through non-traditional channels.

Prior to joining Universal, Jason managed all local acquisitions for Beyond for their international and home entertainment divisions and has spent 15 years acquiring and releasing content to the Australian market.

Jason will be co-hosting a Roundtable with Amelia Rowe (Acquisition Manager) at this year’s SCREEN FOREVER Conference.

Jason and Amelia are looking for:

Very happy to be pitched titles/ideas at an early stage.