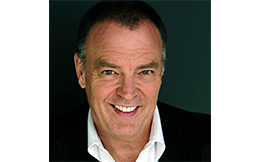 With over three decades of award-winning film and television experience, Jonathan is a world leader in 3D film production and distribution, specializing in IMAX®/Giant Screen films that combine human drama and natural history discoveries, including his most recent releases, Amazon Adventure 3D and Flight of the Butterflies 3D, both of which have won more IMAX film industry awards than any other films in the history of the medium.

After running the worldwide film business for IMAX Corporation, Jonathan founded SK Films together with IMAX co-founder Robert Kerr, and has led all of SK’s activities in film, television and digital media production and film distribution.

Jonathan was President and Co-CEO of Shaftesbury Films for over a decade, during which time the company underwent a phenomenal transformation into one of Canada’s leading and most successful media production companies.

Jonathan is a former CEO of the Ontario Film Development Corporation (now OMDC). He began his career as an entertainment lawyer and as a member of the bars of Ontario and California. He has served on numerous boards and advisory committees, is a founding Director of the Giant Screen Cinema Association, and is a Director of Film Ontario.