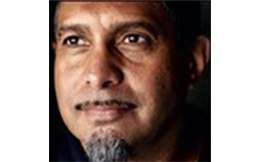 Karl Hampton, CEO of CAAMA is an Alice Springs local of Warlpiri, Afghan, Irish and Scottish heritage. CAAMA Karl has worked in a variety of jobs over the past 30 years including on the Old Ghan railway line, in the Commonwealth Public Service for 10 years, in a number of Aboriginal organisations and as a Member of the Legislative Assembly in the Northern Territory for 6 years including a as Minister in the Northern Territory Government from 2008 to 2012. He was a former board member of CAAMA.

Karl will be co-hosting a Roundtable with Penelope McDonald (Acting Head of CAAMA) at this year’s SCREEN FOREVER Conference.