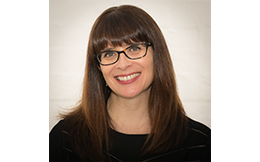 Libbie Doherty is a passionate advocate for Children’s content and brings a wealth of experience from the animation and live action worlds to the position of Commissioning Editor. Libbie is focused on nurturing new Australian talent, reflecting Australian kids’ lives and creating pathways for Australian kids’ content to cut through into the international market.

Libbie is responsible for developing and executive producing commissioned content for the ABC’s dedicated children’s channels, ABCME and ABC KIDS, as well as children’s production for ABC TV’s co-commissions. Recent commissions include: Nowhere Boys Season 3, My Year 12 Life, Mustangs FC, Justine Clarke’s Ta Da, Stand and Deliver, and a season of films for the #GirlsChangeTheWorld initiative.

Prior to joining the ABC Libbie worked as a producer and director of development with renowned Australian production companies including Cheeky Little Media, Sticky Pictures, Blink Films and Hackett Films as well as being Production Executive at Screen NSW.  She also spent 10 years in London at the BBC, Razorfish, Sky Television and NBC Europe in various producing roles.

Libbie will be hosting a Roundtable at this year’s SCREEN FOREVER Conference.

What Libbie is looking for:

ABC Children’s provides a broad array of content that is designed to inspire, entertain and excite children aged from 2 to 12 years on ABC ME and ABC Kids, and which embodies a true Australian sensibility.

In a world of viewing opportunities we believe it is important to offer a variety of genres and formats, from live-action drama and animation, to entertainment and factual programs.