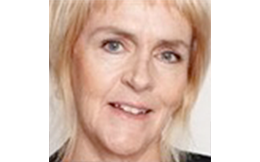 Mary-Ellen began her career as  an independent content producer working across both documentaries and factual series including a number of award-winning documentaries produced through the National Interest Program. Before joining NITV as Senior Commissioning Editor, Mary-Ellen spent six years as an Investment and Development Manager at Screen Australia. Her slate included over 100 hours of diverse award-winning content. Most recently, Mary-Ellen has developed a number of projects for NITV as the channel’s Senior Commissioning Editor. These include the Moment in History slate of landmark documentaries, working with Indigenous film makers including Warwick Thornton, Erica Glynn, Darren Dale and Trish Morton-Thomas among others. She also oversees the commissioning of the channel’s children’s content including animation series Little J & Big Cuz and live action series Grace Beside Me.

Mary-Ellen will be co-hosting a Roundtable with Tanya Orman (NITV Channel Manager) at this year’s SCREEN FOREVER Conference.