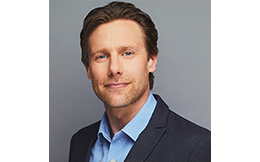 Reynolds Mastin works on behalf of our members to develop strategic relationships with key external stakeholders, both nationally and internationally. These include among others, the CRTC, the federal government, broadcasters, distributors and exhibitors, which serve to facilitate the promotion and stimulus of the Canadian production industry to ensure the continued success of Canada’s independent production sector and a future for Canadian content.

Prior to becoming President and CEO Reynolds served as Chief Negotiator and Chief Legal Officer, providing strategic leadership and on a range of matters; these include intellectual property, industrial relations, Terms of Trade, Canada Media fund policies and guidelines, CRTC regulatory proceedings and corporate governance. In his capacity as chief negotiator, Reynolds represented CMPA members and the Hollywood Studios in the bargaining of collective and independent production agreements with the unions and guilds representing talent and technicians in the film, television and digital production industries outside of British Columbia.  He also led Terms of Trade negotiations with the large private broadcast groups, independent broadcasters and the CBC.

Prior to joining the CMPA in 2008, Reynolds served as Legal Counsel for the Canadian Association of Broadcasters (CAB), where his files included tariff proceedings before the Copyright Board of Canada, copyright reform, and corporate governance. Reynolds began his legal career as an articling student with the CRTC, a position which gave him broad exposure to both broadcasting and telecommunications matters.

Reynolds will be hosting a Roundtable at this year’s SCREEN FOREVER Conference.