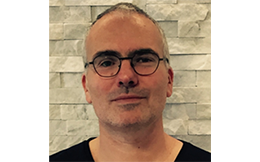 Rob is Head of Originals for Stan, where he has been instrumental in developing the network’s creative and commercial strategy for original programming. Rob manages Stan’s commissioning slate, overseeing the discovery, development, financing and production of original programs for the platform.

Prior to working at Stan, Rob worked as a producer in LA with production company Circle of Confusion (STRAIGHT OUTTA COMPTON, THE WALKING DEAD) and as an independent producer and partner in production company Known Associates (PRIMAL). Previously, he was a media and entertainment lawyer, working for Allens, Foxtel, Festival Records and Fairfax Media.

Rob will be hosting a Roundtable at this year’s SCREEN FOREVER Conference.

Rob is looking for: