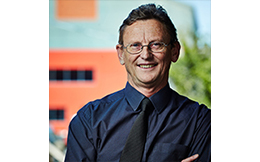 Rod Allan graduated from the AFTRS in early 1982 and spent many years as a freelancer working as an assistant director, production manager and associate producer in film and television drama.  In the late 1980s he joined Southern Star as a producer and his credits include a number of critically acclaimed television films including, Police State, Joh’s Jury and Blue Murder.

In 1995 he joined Fox Studios Australia, supervising the conversion of Sydney’s former agricultural showground into Australia’s biggest film studio complex.  On completion he was responsible for marketing and managing the studio facilities.

After leaving Fox in 2003, Rod worked as an independent consultant in film studio design and operations in South Africa, Melbourne and Auckland.  He began his current position as the CEO of Docklands Studios Melbourne in February 2009.

Rod will be hosting a Roundtable at this year’s SCREEN FOREVER Conference.