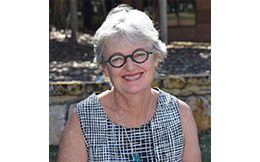 Sally Ingleton is the new Director at Screen Territory and is based in Darwin. Prior to commencing 2 months ago she was the CEO of Melbourne based production company 360 Degree Films.

Sally has been an active member of the Australian and International screen industry for over 30 years, both producing and directing an award winning slate of over 40 hours of factual television for partners including ABC, SBS, National Geographic, BBC, PBS, ITV and Arte France.

Apart from creating her own projects Sally has worked as an Investment Manager at Film Victoria, Project Manager at AFTRS, Lecturer at Victorian College of the Arts and taught documentary screenwriting at RMIT. Sally has extensive experience as an industry assessor with screen agencies, as a Jury member for the Logies and AACTA’s and as a selector at many international film festivals such as Jackson Hole Wildlife Film Festival and BANFF TV Festival. She has extensive marketing experience across Asia, USA and Europe and has filmed in every continent.

Sally is no stranger to the Territory. She started her career in Darwin as an Artist In Residence at Sanderson High School and quickly began producing content for local TV and SBS, travelling to many communities. More recently Sally has coordinated some of the Realisator Workshops for Screen Territory.

Sally will be hosting a Roundtable at this year’s SCREEN FOREVER Conference.