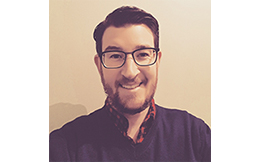 After a decade-long career as a journalist, Simon de Bruyn joined XYZ Films in 2011 as an acquisitions executive focused on Australia and New Zealand. His role has since expanded into development and Simon also handles acquisitions for XYZ’s joint production & financing venture with NZ-based production company General Film Corporation.

Simon will be hosting a Roundtable at this year’s SCREEN FOREVER Conference.

A brief breakdown on what Simon is looking for in pitches:

The company is moving into TV sales and production in a highly-selective manner, and any pitches in this area should be based on a successful existing work — book, graphic novel, film, series — or be driven by a strong filmmaking team with multiple proven successes.

XYZ is not interested in non-genre content such as family and children’s films & TV, young adult, romance, arthouse, etc. and we also do not read unsolicited work.