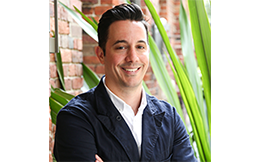 Originally from the United States, Thierry has served as a director and producer on a number of high profile series including the Emmy® Award-winning Queer Eye For The Straight Guy, Top Chef and Project Runway. In Australia, he has worked as a Commissioning Editor for ABC Children’s Television, commissioning over 200 hours of content, and was Head of Development at Joined Up Films. He has vast experience with developing, directing and producing for the Australian Broadcasting Corporation, Viacom and NBC Universal and worked on a number of local formats including Project Runway and The Biggest Loser.