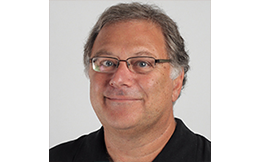 As co-founder and partner in Breakthrough Entertainment, an internationally recognized and award winning studio, Ira Levy has established himself as one of the most prolific Executive Producers in the entertainment industry.

Ira has forged fruitful production relationships with National and International Networks and co-production and financing partners on a variety of scripted programming including; comedy, drama and features; children’s programming, both live action and animation; and factual programming, both documentary and lifestyle. Because of these relationships, Breakthrough Entertainment leads the industry as an international producer and distributor of premium content in multiple formats and genres.

In 1995 Ira became a member of the Canadian Media Producers Association (CMPA) and was elected Chair of the Board in 2005. He continues to be actively involved as a board member and chair of several CMPA committees alongside his involvement as a board member of The Banff International Media Festival, The Youth Media Alliance, Film Ontario and The AFC (formerly The Actor’s Fund of Canada).