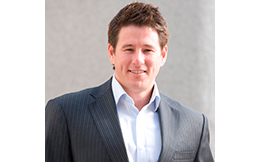 Mike is the CEO of Stan Entertainment; a world-class SVOD service for Australian consumers that he established in 2013. Stan Entertainment is a joint venture between Nine Entertainment Co. and Fairfax Media. Mike was formerly the CEO of the Microsoft/Nine Entertainment ecommerce joint venture, Cudo, up until its sale in 2013. Prior to that, Mike set up the Invision IPTV service in Dubai as Vice President of IPTV for the Saudi Telecom/Astro Malaysia joint venture Intigral. Before joining Intigral, he headed Corporate Strategy and Business Development at ninemsn (Nine Digital) where he established and developed a portfolio of the company’s high growth digital media businesses including the start-up of MSN New Zealand and management of the EPG and listings business HWW. Prior to ninemsn, Mike led the roll out of Optus’ national ADSL network – “Bigfoot.” Mike holds an Honours Degree in Electrical Engineering and an MBA from the Macquarie Graduate School of Management.

In Conversation with MIKE SNEESBY