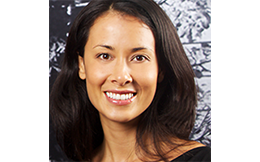 Rosie Lourde is an award winning multi-hyphenate cross-platform screen content creator. Rosie is an actor/producer on digital series STARTING FROM NOW (SFN), which has amassed over 40 million views across more than 230 countries with Seasons 4 and 5 being acquired for broadcast by SBS.SFN has won numerous awards around the world including the IAWTV Diversity Award at HollyWeb 2017, Outstanding Diversity Award at Melbourne Webfest, Best Narrative Feature at the Mardi Gras Film Festival 2016 and Most Outstanding Ensemble Cast at the LA Webfest 2016. Rosie has received support through Screen NSW to develop her virtual reality series BREACH on which she is writer/director, and interactive VR experience THE RIFT. Rosie’s first project as a producer, feature film SKIN DEEP won the AfterEllen Best Indie Film of 2015 as well as a Honourable Mention for Best Narrative Feature at the Austin Film Festival 2014, has been nominated for both Australian Writers and Directors Guild awards and is currently shortlisted for the 2017 AACTA Awards. Rosie won the award for Best Actress for her working SFN Season 5 at the Vancouver Webfest, and can also be seen in VR series REMEMBER, online series RESTORATION, Joel Edgerton and Matt Saville’s feature film FELONY, sci-fi TV series CLEVERMAN. In 2015, Rosie was selected as one of Screen NSWEmerging Producers as well as a Screen Producers Association Australia (SPAA) Ones to Watch. Rosie currently sits on the SPAA Advisory Board, is a Vice President of Women in Film and TV Australia and has just started as the Interim Investment Manager of Online Production at Screen Australia.