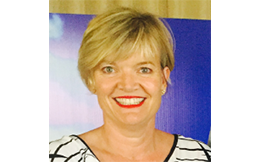 Specialising in kids entertainment, Catherine has had over 20 years experience in the media space in a wide range of roles including channel operations, distribution and as an Executive Producer.

Since joining the Northern Pictures team in September 2014, she has had a programming slate of over 320 episodes commissioned in Australia including  preschool series Teddies and Hiccup and Sneeze (both co-productions with Singapore) as well as Factual Entertainment series Creature Mania and Most Extreme, Alien Planet Earth.  She has recently negotiated a production slate with Nat Geo Kids Latin America and has over 100 episodes in production for delivery in early 2018.

Catherine has served as Executive Producer on a large slate of animated and live action scripted series including Yakkity Yak, Trapped and Casterway.  She has since been developing a slate of live action scripted for Northern Pictures with comedy series Hardball now in development with ABC Me.

Keeping the Kids in the Picture

Waving not Drowning – where to from here?? In a world of reviews, where quotas are threatened and kid audiences are savvier than ever, what do children’s content creators need to be thinking about to ensure Australia has a healthy, vibrant sector creating and financing great content for Aussie kids. Speakers: Lucy Goodman – Producer/Director, […]