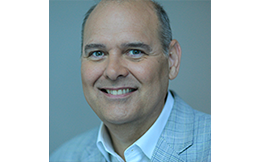 Notching up more than 25 years in his media career, Michael Carrington has a wealth of knowledge and experience in content development, production, and broadcasting. He returned to Australia in 2016 having spent twenty-six years abroad working in various capacities for the BBC, LEGO TV & Film, Cartoon Network, HIT Entertainment, and Zodiak Media.  Michael started in children’s production at Channel 10 working on Ridgey Didge and Double Dare.  He has a passion for children’s content and is best known for award winning programmes like Charlie & Lola, LazyTown, Shaun the Sheep and The Amazing World of Gumball.  Michael is a member of BAFTA, RTS, AACTA, and the International Academy of Arts & Sciences.  As head of department, Michael sits on the ABC television executive steering the overall children’s commissioning strategy, as well as overseeing internal development and production hubs in Melbourne and Sydney.

Keeping the Kids in the Picture

Waving not Drowning – where to from here?? In a world of reviews, where quotas are threatened and kid audiences are savvier than ever, what do children’s content creators need to be thinking about to ensure Australia has a healthy, vibrant sector creating and financing great content for Aussie kids. Speakers: Lucy Goodman – Producer/Director, […]

The metrics for success in the hive of multi-screens, binge viewing and streaming is daunting for children’s TV makers. This demographic is the arch arbitrator of choice. Natural born self-programmers, the kids TV audience is redefining the way producers and broadcasters need to engage with their tribe. This global panel discusses the diffusion, swaps strategies and dives into […]