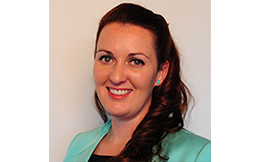 Monica is an experienced Executive Producer and Showrunner across many genres, including Factual, Drama and Children’s Entertainment. Over the past 10 years Monica has worked with Ambience Entertainment in production and development across a broad slate of programming resulting in the production of over 4500 hours of Family Entertainment. These productions have been broadcast on ABC, Seven Network, Nine Network, Network TEN along with International Networks.  Prior to joining Ambience, Monica worked in both the commercial and government sectors. Including Spinifex Interactive, as Producer/Director, Screentime as Producer, Emerald Films as Producer and Film Finance Corporation as Recoupment Analyst.

Monica will be hosting a Roundtable representing Ambience Entertainment at this year’s SCREEN FOREVER Conference.

Monica would love to hear pitches from people who are open to collaboration and understand that the idea is the launch pad and successful projects need to be made by an innovative team.

The metrics for success in the hive of multi-screens, binge viewing and streaming is daunting for children’s TV makers. This demographic is the arch arbitrator of choice. Natural born self-programmers, the kids TV audience is redefining the way producers and broadcasters need to engage with their tribe. This global panel discusses the diffusion, swaps strategies and dives into […]