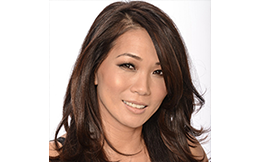 ABC Studios International’s first series, “Harrow,” in partnership with Hoodlum Entertainment and the ABC (Australia), is currently filming in Australia.

In Lee’s former role as executive vice president, Talent and Casting, ABC Entertainment Group, a position she held for more than a decade, she oversaw all talent and casting for ABC Television Network and ABC Studios, including multiple award-winning series such as “Modern Family,” “Scandal,” “Grey’s Anatomy,” “How to Get Away with Murder,” “Lost,” “Desperate Housewives,” “black-ish,” “Fresh Off the Boat,” “Once Upon a Time,” “Marvel’s Agents of S.H.I.E.L.D.,” “American Crime”  and  “Quantico.”