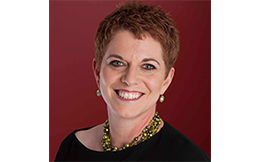 A media entrepreneur and media executive, company director and philanthropist, Deanne Weir has more than 25 years’ experience in media and communications.

Deanne chairs the boards of two private companies in which her company WeirAnderson.com is a significant investor: Hoodlum, an Emmy and BAFTA award winning production company, and Ai-Media, a technology and social innovation company.

In 2017 Deanne was appointed Chair of the Sydney Film Festival.

Deanne is passionate about community engagement and the power of story-telling to help influence social change. She is chair of the Australian Women Donors Network and a member of the global philanthropic community, Women Moving Millions – both of which seek to increase the amount of social investment that reaches women and girls. A frequent guest speaker at corporate and philanthropic events, Deanne also provides informal mentoring support to a number of women in the media.

Deanne was a board member of Screen Australia for eight years until 2016 and was instrumental in the development of its Gender Matters program.