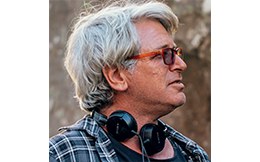 A Native of Melbourne, Australia, Michael Rymer studied directing at the University of Southern California where his short films earned him the Warner Communications Scholarship for Directing.

He made his directorial debut from his own screenplay Angel Baby, a tale of two schizophrenics who fall in love and try to live on their own. The film, which stars John Lynch and Jacqueline MacKenzie, premiered at Sundance in 1996 and earned seven Australian Film Institute Awards including Best Picture, Best Direction, Best Screenplay as well as best actor and actress. It also won four Australian Film Critics Circle Awards, and the Australian Human Rights.award.

Rymer has also directed several TV pilots, including Haunted starring Matthew Fox, and Battlestar Galactica staring Edward James Olmos and Mary MacDonald. He directed 30 hours of the hit show becoming a producer. Battlestar Galactica won Michael a Hugo Award, a Peabody Award and the AFI Award for excellence. Rymer was nominated for an Emmy for directing the three hour series finale in 2009.

Rymer has directed episodes of Flash Forward for ABC Television, and the pilot for Person’s Unknown for NBC Network, as well as The Killing, Longmire, Jessica Jones, Man in the High Castle, and American Horror Story for which he was nominated for DGA award in 1212.

Rymer has recently directed two prestigious Australian Mini-series – Deadline Gallipoli for Matchbox Pictures and Foxtel, and the last block of Picnic at Hanging Rock for FremantleMedia and Foxtel.

Rymer is currently developing a sophisticated international Science Fiction series Tremula, to be shot in Australia next year.