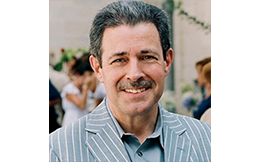 Melbourne born Antony I. Ginnane has produced or executive produced 70 feature films, MOW’s, miniseries and TV series over 46 years including “Patrick”, “High Tide”, “The Lighthorsemen”, “Screamers”, “Last Dance” and most recently (in partnership with Kris Wyld) the TV series “Pulse” for ABC-TV. His distribution company, IFM World Releasing Inc. has a library of over 150 feature films and TV movies. His Australian production company F G Film Productions (Australia) Pty. Ltd. is developing a slate of productions for Australia for 2018 / 2019 including “Chainbreakers” and “Spontaneous Combustion”.  He was President of SPAA from 2008 – 2011, attends the major world markets and is based in Los Angeles and Melbourne. His latest feature “Bad Blood” was released in Australia and the USA in October 2017.  “The Unusual Suspects” his first book was published by Currency Press in November 2015.