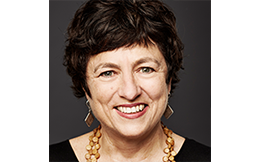 Helen Bowden formed Lingo Pictures with Jason Stephens in 2015 to make entertaining high-end drama for international audiences.  Our first mini-series, based on the classic Australian novel Wake in Fright, recently aired on Network Ten and has seven AACTA nominations.  Helen’s other credits as lead Producer include The Slap, Devil’s Playground, Underground – The Story of Julian Assange, the feature films Soft Fruit, Travelling Light and Lou (starring John Hurt), as well as the award-winning documentary Girl in a Mirror. A founder and the foundation Managing Director of Matchbox Pictures (which sold to NBC Universal in 2014), Helen has also consulted on entrepreneurship for a wide variety of national and international screen organisations.