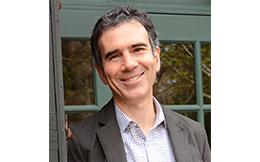 In 1994, out of the blue, Lawrence Levy received a phone call from Steve Jobs to see if he had any interest in running Pixar’s business. Over the next twelve years, Lawrence served as Pixar’s Chief Financial Officer, a member of its Office of the President and later as a member of its board of directors. During this period he developed and put in place the strategy that would transform Pixar from a money-losing graphics company into an entertainment powerhouse.

In 2003, together with four co-founders, Lawrence created a non-profit called Juniper Foundation that focuses on bringing Indo-Tibetan meditation practices to contemporary life. He teaches meditation weekly and continues to write and speak on a range of topics including creativity and innovation, collaboration, realizing our potential, and building human-centered organizations.

In 2016, Lawrence released his first book, To Pixar and Beyond: My Unlikely Journey with Steve Jobs to Make Entertainment History, an Amazon Best Book of 2016 in Business and Leadership and A Fortune Magazine Best Book of 2016. The New York Times described it as “enchanting…Mr. Levy has quite a story to tell” and Fortune Magazine called it “an epic tale of Levy’s quest to balance the competing interests of the quiet artists and technologists who created Toy Story and the mercurial entrepreneur who controlled their professional fates.”

Lawrence Levy Is the:
Former Pixar CFO and member of the Office of the President
Author, To Pixar and Beyond
Acclaimed Business Strategist
Founder, Juniper Foundation

When Lawrence Levy received a call from Steve Jobs in 1994, to see if wanted to run Pixar’s business, his life altered. Over the next twelve years, Levy served as Pixar’s Chief Financial Officer, a member of its Office of the President and later as a member of its board of directors. He transformed Pixar […]