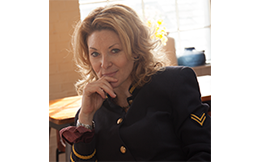 ONDI TIMONER has the rare distinction of winning the Grand Jury Prize at the Sundance Film Festival twice – for her 2004 documentary, DIG!, about the collision of art & commerce through the star-crossed rivalry between two bands, and her 2009 top prize-winner, WE LIVE IN PUBLIC , about Internet visionary Josh Harris. Both films were acquired by the Museum of Modern Art in New York for their permanent collection. Her other award-winning features include The Nature of the Beast (1994), Join Us (2007), COOL IT (2010) and BRAND: A Second Coming (2015). Timoner’s most recent career achievement awards include: The Rogue Award (Ashland Film Festival, 2015), The No Limits Award (Sarasota FIlm Society, 2015), The Auteur Award (Kodak, 2017), and the Maverick Award (The Audience Awards, 2017.)

In March 2017, she completed JUNGLETOWN , a 10-hour documentary television series which premiered on VICELAND in March to critical acclaim. She is continuing to direct the feature-length documentary of the same name which follows the building of “the world’s most sustainable modern town” through the eyes of the young adults who, facing climate disaster, are moving to the Panamanian jungle. In August, she completed production on MAPPLETHORPE , a scripted feature film she wrote to direct through her production company, Interloper Films, which stars Matt Smith, who plays the story of controversial visionary photographer Robert Mapplethorpe.

Timoner has made many award-winning short films. Her notable shorts include “Library of Dust” (2011), about the missing cremated remains of thousands of patients at The Oregon State Mental Hospital, which won Traverse City, Seattle, Taos and Int’l Film Festival of Puerto Rico, “Amanda F—ing Palmer on the Rocks” (2014) which won the Sheffield Film Festival after premiering at Tribeca Film Festival, “Obey the Artist” about Shepard Fairey (2013) and “The Last Mile” (2015) about a tech incubator inside San Quentin prison – both of which premiered at SXSW.

Timoner has produced and hosted BYOD (Bring Your Own Doc) for TheLipTV, the only documentary talk show in the world, with over 250 episodes covering over 350 films and festivals since 2011. She is also the Founder & CEA (Chief Executive Artist) of A TOTAL DISRUPTION, an online network dedicated to telling the stories of innovators & entrepreneurs and artists who are using technology to change the way we live. Timoner has released two masterclasses for filmmakers through this portal, Lean Content – a 10-part series she co-hosts & co-wrote with best-selling Internet author, Eric Ries, and “How to Make a Great Documentary (In My Opinion).” Timoner has served on the National Board of the DGA and is a member of the Academy of Motion Pictures Arts & Sciences. In 2014, Ondi gave a talk at TEDxKC entitled “When Genius and Insanity Hold Hands.”

In Conversation with ONDI TIMONER

ONDI TIMONER has the rare distinction of winning the Grand Jury Prize at the Sundance Film Festival twice – for her 2004 documentary, DIG!, about the collision of art & commerce through the star-crossed rivalry between two bands, and her 2009 top prize-winner, WE LIVE IN PUBLIC, about Internet visionary Josh Harris. Both films were […]