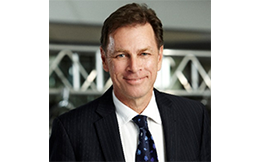 Rick Maier spent over 20 years writing, script editing and consulting on adult and children’s series before taking up a position at TEN firstly as Executive Producer in Development and Drama, and for the last ten years as Head of Drama.

As Head Of Drama he has been responsible for Brock, The Wrong Girl, Offspring, Neighbours, Mary: The Making Of A Princess, Party Tricks, Secrets & Lies, Wonderland, Puberty Blues, Underground – The Julian Assange Story, Bikie Wars: Brothers In Arms, Reef Doctors, Mr & Mrs Murder, Rush, Hawke, and A Model Daughter – The Killing of Caroline Byrne. He is also the Network EP for Masterchef Australia.