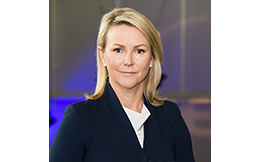 Before she joined Network Ten, Toni worked in the independent production sector, specialising in documentaries and television commercials.

Toni is an Ambassador for So They Can, a not-for-profit organisation that works with communities and governments in Kenya and Tanzania to educate and empower people so they can break the poverty cycle and realise their potential.