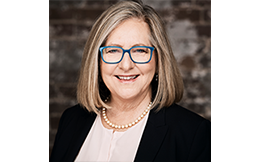 Victoria Buchan has many years’ experience in the corporate communications sphere. For the past six years she has served as Director of Communications and Public Relations at Nine, where she leads both corporate affairs and publicity.

She began her career as a journalist on the Daily Mirror before joining Network Ten as a publicist and then moving to McElroy & McElroy as communications manager with Southern Star.

Victoria joined Fox Studios Australia, where she led the entire communications strategy from planning until after its grand opening, which included managing a range of launches for the professional studio, post-production facilities and public facilities.

She later joined the ABC as Director of Communications, responsible for managing government relations, community relations and corporate media relations.

Victoria is on the board director of not for profit organisation, Adopt Change.

Director of Communications and Public Relations

Attention! How to Attract Media Interest

How to ensure you present your business the right way to the media to gain positive attention. This session aims to lift the lid on how the screen industry can gain more positive media attention for its work in a timely and efficient manner. It will look to address the best ways of promoting work to […]