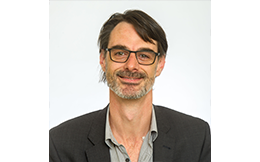 Alex Sangston has headed up Screen Tasmania since February 2016; luckily enough joining the team just in time for the releases of Lion, The Kettering Incident and Rosehaven. Screen Tasmania has since prepared a new strategic plan and released new program guidelines, all aimed at consolidating on recent successes and building creative and industry capacity in the state.

Before moving back to Tassie (as he was born and bred in the state), Alex was at Screen Australia, running the Producer Offset and Co-production Unit from the agency’s inception in July 2008. In that role, Alex was responsible for certifying films for the producer offset and approving projects as Official Co-productions.

Alex has worked at the Commonwealth Arts Department in Canberra on international screen production policy, working on the Australian Government’s major 2006 review of film support measures, which ultimately led to Screen Australia and the creation of the Producer, Location and PDV Offsets. He also has experience in broadcasting and online content policy, including content regulation, media ownership reform, interactive gambling regulation and the anti-siphoning regime.