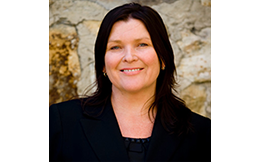 Fiona has over thirty-five years’ experience in the film, television, and advertising industries. Starting with filmmakers McElroy & McElroy/Hanna Barbera, she worked on various Feature/TV projects from development through to production. Moving to freelance work in 1984, Fiona production-managed significant Australian films including Strictly Ballroom, Crocodile Dundee II, The Last Days of Chez Nous, Turtle Beach, as well as several TV series.

Between 1993-2002 (whilst managing family/children), Fiona moved into advertising and produced award winning campaigns for some of the world’s largest brands, multinational corporations and NGOs. During this time she also joined Cranbrook Films as producer and was responsible for production across Australia and New Zealand.