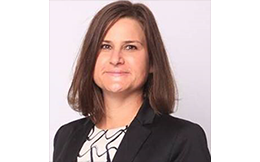 Amy Noble is FremantleMedia Australia’s Head of Legal & Business Affairs. Amy studied law at Queensland University of Technology and began her legal career as a graduate in 2004 at Phillips Fox, now DLA Piper. She went on to work as a contracts executive for Thomson Reuters in London and as a Senior Solicitor at Clayton Utz in Brisbane. Amy shifted her focus to the television and film industry and in 2010 she moved to Melbourne to work in-house as a lawyer for Screen Australia. Since 2014, she has been part of the Sydney legal team at FremantleMedia Australia, one of Australia’s largest independent producers of television shows, including Wentworth, Picnic at Hanging Rock, Neighbours, Family Feud and Grand Designs Australia.