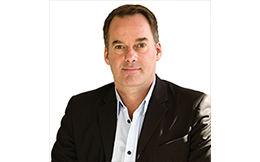 Graeme has previously worked in both factual and entertainment TV programming in his native Australia before moving to the UK. In Britain he worked across all aspects of film production, sales and acquisitions, and distribution for companies such as Manifesto and Polygram Filmed Entertainment. From 1998 to 2002 he was president of worldwide acquisitions for Universal Studios. He then joined Channel 4 Television as head of media projects and later as managing director of rights before moving to New Zealand to lead the New Zealand Film Commission from 2009 to 2013.

With over 20 years of international experience in film, television and multimedia businesses, Mr Mason has an intimate knowledge of the full spectrum of the screen sector, having worked with large US studios, a UK television network, independent producers and government agencies.