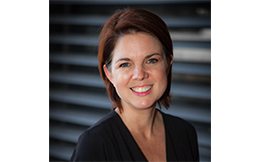 She has over 15 years’ experience in the media and communications industry as a lawyer, public policy advocate and commercial negotiator.  Since joining Seven in 2012 Justine has played a key role in Seven’s regulatory strategy and advocacy on a range of issues including copyright, content regulation, production incentives and spectrum.  Justine also represents Seven on a number of boards and industry associations including FreeTV, Freeview, Regional Broadcasters Australia and the Screen Diversity Inclusion Network.

Prior to joining Seven Justine was a Senior Associate at Clayton Utz in the media and technology team, where she advised a range of clients on media investments and regulation, rights deals and other commercial arrangements.

Justine hold a Bachelor of Arts/Law from the University of New South Wales.