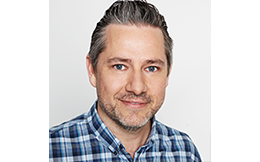 As Distribution Manager at Screen Australia, Anthony draws upon his extensive experience in film distribution, public relations, strategy development and domestic marketing to support local distributors and filmmakers. Previously, he served as Communications Manager for Animal Logic, working with their studio partners Warner Bros., Village Roadshow Pictures and Roadshow Films. Prior to this, Anthony was National Publicity and Promotions Executive at Universal Pictures and United International Pictures where he managed relationships with media, exhibitors, government agencies, filmmakers and talent across a number of high profile Australian and international titles.

If You Build It, Will They Come?