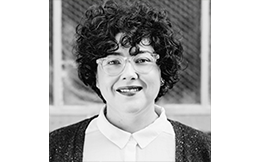 Beatrix is a content strategist who specialises in working with screen projects. With Matt Atkins, she runs Melbourne-based ScreenHerd, a consultancy providing marketing strategy and support and sales packaging to titles from Australia and New Zealand.

Recent projects include the social and influencer strategy and execution for both The Dressmaker, and the Dance Academy feature. Away from the screen industry, she has collaborated with brands including Medibank, Australia Post, Telstra, Kmart, Intrepid Travel, BUPA and The Good Guys.

Before focusing on marketing, she worked across production, development and funding for screen organisations including the London Film Festival, MIFF, Film Victoria and Eyeworks Television.

If You Build It, Will They Come?