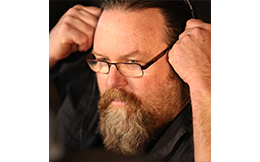 After directing many award winning short films and episodes from John Safran’s AFI winning Music Jamboree for the ABC, Clayton created Kenny, the Australian box office and critically acclaimed feature film hit of 2006. The following year Clayton completed Kenny’s World a Comedy series for the Ten Network based on the same lovable character.

8K Radius is a mini doco series Clayton developed for the Classic and Lido Cinemas celebrating many local personalities from within an 8K radius of the cinema. The series were screened over a nine week release period. Throughout Clayton’s directing career he has always taken the opportunity to step before the cameras wherever possible. “Acting is something I enjoy, but more so it’s a chance to strengthen my craft as director by stepping into the actors shoes and feeling the needs and challenges of the performer.” Clayton Jacobson

Clayton has appeared in a number of productions including the acclaimed Animal Kingdom and is currently performing in Jane Campion’s Top of the Lake season 2.

Clayton is currently in post-production on his latest black comedy film Sibling Rivalry co-staring with his brother Shane Jacobson as well as a VR experience featuring the Melbourne Ska Orchestra.

Those who have worked with Clayton know his deep love of film, style and technique filter into every detail of his inspired body of work.

Virtual Reality offers filmmakers exciting new frontiers in the way they tell stories, the way they distribute their films, how they connect with their audiences and monetisation strategies. These frontiers have a healthy mix of mysticism, skepticism, opportunity and discovery. Speakers: Clayton Jacobson – Director Samantha Lang – Producer/Director/Writer, Handmaid Media Jonny Peters – CEO and Founder, Gaze […]