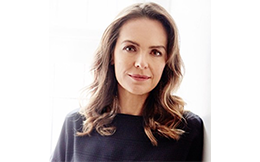 Samantha Lang works through her production company Handmaid Media. She is producer, director, writer, and visual artist.  Working in Australia, Europe and the US over the last 20 years, her films have screened at major international festivals including Sundance, Toronto, Locarno, and have received international recognition at the highest level, her film ‘The Well’ competing at the Cannes Film Festival for the prestigious Palme D’Or. In Australia, Samantha’s films have been awarded many times including – at the Australian Film Institute Awards and the Sydney Film Festival. In 2015 – her film ‘Carlotta’ was nominated for five AACTA awards and won three.

As well as being a creative practitioner, she has mentored, supervised and lectured postgraduate film students in her capacity as Head of Directing at AFTRS (2010-2016), as well as mentored emerging practitioners at SNSW, HIVE at AIFF, and SA.  Presently she is a DCA candidate at the University of Technology, Sydney. Her areas of interest are cultural narratives in the Anthropocene, eco-feminine cinema, environmental humanities, and gender studies.

In 2015 Samantha was elected as President of the Australian Director’s Guild with a mandate to create greater diversity across gender, race and class in the sector. As part of this remit she remains on the taskforce at Screen Australia that rolled out the Gender Matters Initiative in 2016.

Virtual Reality offers filmmakers exciting new frontiers in the way they tell stories, the way they distribute their films, how they connect with their audiences and monetisation strategies. These frontiers have a healthy mix of mysticism, skepticism, opportunity and discovery. Speakers: Clayton Jacobson – Director Samantha Lang – Producer/Director/Writer, Handmaid Media Jonny Peters – CEO and Founder, Gaze […]