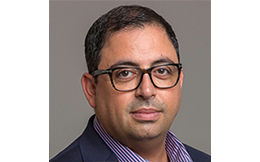 Hakan joined See-Saw in 2014 for the purely commercial role of co-running the TV division of See-Saw with its creative head Jamie Laurenson.

Throughout his career Hakan has overseen the finance and production of hundreds of films and television programmes and brings a real depth of knowledge and experience to his role as Chief Operating Officer.  In addition to managing the day-to-day activities of the television division, Hakan is responsible for designing and implementing company strategy, overseeing the funding and production of all television programmes and controls all of the sales and marketing activity for the division’s output.

Hakan has recently overseen the production of ‘Top Of The Lake: China Girl’, the highly acclaimed second instalment of Jane Campion’s Emmy and Golden Globe® nominated series ‘Top of the Lake.’ The new season stars Elisabeth Moss, who reprises her role, Nicole Kidman and Gwendoline Christie.

Hakan is executive producing the live action television series ‘The Legend of Monkey’ for Netflix, ABC Australia and TVNZ that is currently in post-production.

Hakan is also executive producing the BBC television series ‘The North Water’ which has been written by, and will be directed by, Andrew Haigh and is slated to shoot next year.

Previously at See-Saw Hakan oversaw the production of mini-series ‘Love, Nina’ for BBC1 written by Nick Hornby and based on the bestselling novel by Nina Stibbe.

Hakan is a council member of UK trade association PACT, he’s also co-chair of the Film Policy Group at PACT and is a member of the BFI launched commission to investigate the health of the UK independent film industry.

Hakan will be co-hosting a Ready, Steady, Pitch! Session with Rachel Gardner from See-Saw.

Polyamory and Production: How to Satisfy Multiple Co-Pro Partners

Producers of high end TV drama are increasingly looking to multi-territory broadcast commissions in order to finance the costs of production and to ensure the optimum audience reach for their  shows. The panel will discuss: challenges inherent in this model of production  for both producers and broadcasters, and how those challenges are managed; future trends for […]