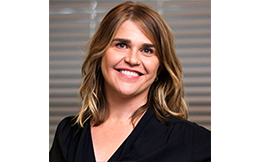 Jo Porter is FremantleMedia Australia’s Director of Drama and has lead the establishment of its Drama team since 2012. Porter, a multi-award winning producer, is currently focused on developing a range of returning and stand-alone drama series for local and international audiences. Executive Producer ofWentworth now in its sixth season.  This popular and critical hit, reimagining of the Prisoner series, set new records when it premiered in 2013; achieving the highest ever ratings for a drama series on Foxtel and is the highest rating Australian show on UK primetime since 2002. Wentworth has been sold to over 140 territories and being remade in three other languages and counting. Its many industry awards include a Logie Award for Most Outstanding Drama and AACTA for Best Drama. Porter created and executive produced Wonderland, for Network Ten. The launch episode of Wonderland was the highest premiere for a new series on Network Ten during 2013. Porter executive produced the Network Ten telemovie, Mary: Making of a Princess, which was the highest rating domestic and international drama on Ten in 2015, and the Hoges mini-series for the Seven Network about Australia’s favourite larrikin Paul Hogan.  She is currently in post-production on Picnic At Hanging Rock, a six-part drama for Foxtel and Amazon based on the classic novel by Joan Lindsay. Prior to her time with FMA, she produced five drama series for the Seven Network, including Packed to the Rafters, All Saints and Always Greener.

Polyamory and Production: How to Satisfy Multiple Co-Pro Partners

Producers of high end TV drama are increasingly looking to multi-territory broadcast commissions in order to finance the costs of production and to ensure the optimum audience reach for their  shows. The panel will discuss: challenges inherent in this model of production  for both producers and broadcasters, and how those challenges are managed; future trends for […]