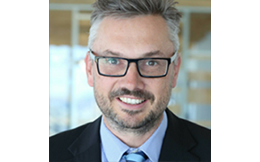 Ian Booth is the Chief Executive Officer of Screenwest. He commenced his current position as Chief Executive of ScreenWest in May 2007, taking on the role during a period of great expansion in the Western Australian film industry.

Ian stepped into the role from co-producing the adult drama series Marx and Venus delivered to SBS in early 2007 and the half hour drama Hidden Creatures, which screened across the international festival circuit.