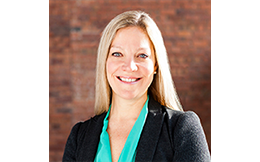 Jocelyn Hamilton leads all Canadian television operations for Entertainment One which includes the strategic planning and day-to-day management of eOne’s television development and production activities in Canada. In her role, she focuses on building and broadening strong relationships with creative talent and Canadian broadcasters, while overseeing all aspects of the studio’s original slate across all genres, including scripted, unscripted & digital content.

Jocelyn has over 25 years of creative and business experience in the entertainment industry. Prior to eOne, she served as Vice President, Programming & Original Productions for Corus Kids where she was responsible for all content strategies, programming and original productions, both affiliated and independent for 8 networks.  Previously, Jocelyn was Vice President of Original Programming across all Corus-owned networks, which included overseeing Comedy and Drama original programming for Movie Central and HBO Canada.

Jocelyn is currently Chair of the board for Women in Film and Television (WIFT) – Toronto and is featured on Ryerson’s School of Media ‘Wall of Fame’.

Jocelyn will be hosting a Roundtable at this year’s SCREEN FOREVER Conference.

360 In Conversation with Holly Hines, SVP of Content for Dynamic Television and Jocelyn Hamilton, President, Entertainment One