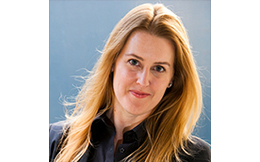 Holly Hines is the SVP of Content for Dynamic Television, where she oversees developing and selling new scripted series and mini-series to commissioning networks in the U.S., UK, Canada and Australia.  In addition, Hines oversees Dynamic’s produced television series. Hines has committed to building strong relationships with buyers and content creators across Europe, Canada, Australia and New Zealand leading to a plethora of International programming opportunities with various business models represented.

Holly Hines previously served as the SVP of Scripted Programming for Pivot TV, the cable network for Millennials owned by Participant Media. There, Hines oversaw the production and development of several original series including Please Like Me and Fortitude. Prior to Pivot, Hines served at Fremantle, Fuse and TLC where she oversaw over 100 hours of programming. Hines got her start in the format and international co-production business when she served as a development executive at Reveille, working on the scripted series The Office, The Tudors, and Ugly Betty.

Holly will be hosting a Roundtable at this year’s SCREEN FOREVER Conference.

360 In Conversation with Holly Hines, SVP of Content for Dynamic Television and Jocelyn Hamilton, President, Entertainment One