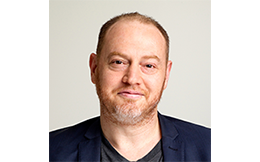 ABC TV Head of Comedy since late 2013, Rick is an award winning comedy writer/producer, frequently named among The Age/Sydney Morning Herald’s ‘Most Influential People in Television’. For ABC TV and iview, he has overseen some 40 TV and webseries of AACTA- and Logie award-winning, internationally broadcast comedy including the currently airing Rosehaven Season 2, The Ex-PM Season 2 and The Letdown, as well as Utopia, Get Krack!n, Ronny Chieng: International Student, The Katering Show Season 2, Upper Middle Bogan, Please Like Me, The Edge of the Bush, the ABC Comedy Showroom pilot season and forthcoming series Squinters, Sando and Back in Very Small Business. His own credits as co-creator/writer/producer include ABC’s controversial hit At Home with Julia and late night political satire Wednesday Night Fever.

Rick will be hosting a Roundtable representing ABC Comedy at this year’s SCREEN FOREVER Conference.

We expect producers to be aware of our existing slate of both recently broadcast and recently announced forthcoming ABC half hour and short form shows, and not to pitch us similar concepts.

Where key creatives have a strong track record in fully scripted comedy (with ABC or otherwise), ABC will be happy to develop projects from concept stage. Absent such a track record, ABC will also want, in addition to concept, to see proof of ability to execute the concept in the form of a script and/or video for the pitched project.

ABC will be happy to develop on its own, or in collaboration with any or all of State and Federal funding agencies or international co-financing partners.