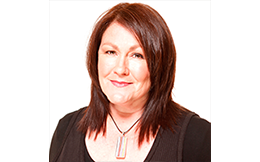 Sally Riley is the Head of ABC TV’s Scripted Production.

Prior to her current role, Sally was the Manager of ABC’s Indigenous Department for 6 years. Over that period she has been integral to the development of Indigenous Australian content.   Sally has been responsible for developing and commissioning ground breaking prime-time drama series including, Cleverman, Redfern Now, Gods of Wheat Street, 8MMM Aboriginal Radio and sketch comedy series Black Comedy.

Sally was also responsible for developing and overseeing the production of a significant body of short films, documentaries and feature films, has she fostered the development of a new generation of exciting new Indigenous filmmakers as Head of Indigenous at Screen Australia.

An experienced filmmaker, Sally’s film, Confessions of a Headhunter, won the AFI Award for Best Short Film in 2000.

A member of the Wiradjuri nation, Sally was awarded the Australian Public Service Medal in 2008 for her services to the development of initiatives that have increased the participation of Indigenous Australians in the film and television industry.

In February 2011, Sally was awarded the Cecil Holmes Award from the Australian Directors Guild (ADG) for her ongoing career support and facilitation of Indigenous film and television directors.

A session on how to practically apply inclusivity in screen productions to ensure underrepresented groups are part of the creative mix and why it is important for the sustainability of the industry. Speakers: Deborah Williams – CEO, Creative Diversity Network Cátia Malaquias – Director, Attitude Foundation Sally Riley – Head of Scripted Production, ABC Pearl Tan […]